… you know it must be Apple Inc. Picture taken in the Missouri School of Journalism (via Digg) 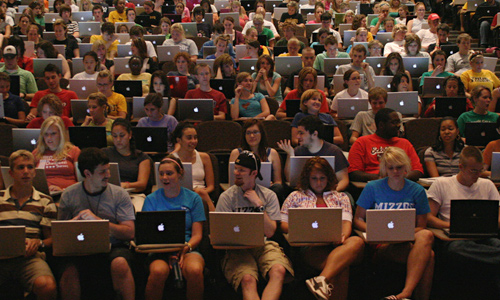