Microsoft parks a “I’m a PC” promotion booth right in front of the Apple store in Birmingham, England. The move is an extension of the Redmond-based software giant’s $300 million advertising campaign aimed at cleaning up the image of its Windows Vista operating system, which has been tarnished at the hands of Apple’s long-running “I’m a Mac, I’m a PC” ads. 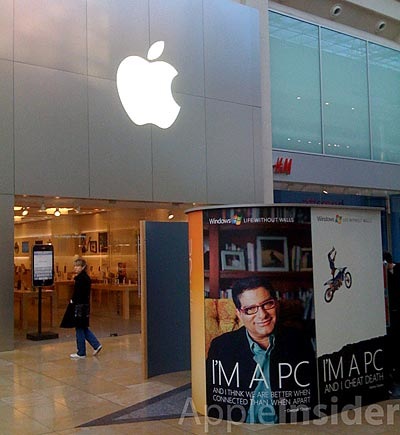