This sales chart of Kodak says it all. While camera phones and digital photography in general took off and were climbing endlessly, Kodak’s business continually degraded. The company who used to stand for a whole generation of photographers, consumers and artists is dead. Interestingly enough it was Kodak who invented the first digital camera in 1975, but it was Sony who first introduced one (Sony Mavica) in 1981. Kodak was focused too much on high-end, niche markets instead the mass of consumers.

Reminiscing the good old times, here is a post about Kodak’s rebranding from a couple years ago. 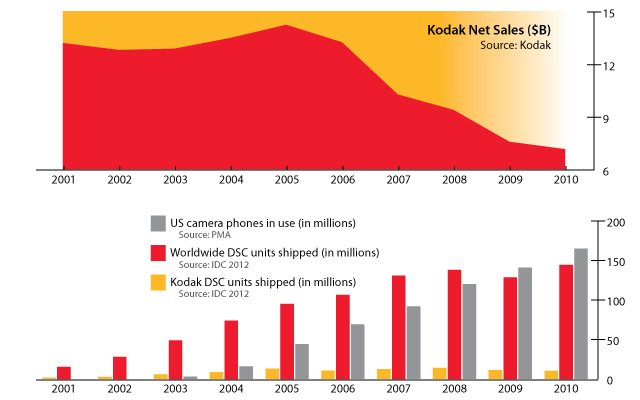